It is widely believed in conspiracy theory circles that the adrenaline needed to properly synthesize Adrenochrome for the elites, is harvested through the experience of terrifying individuals to the brink of fear/insanity, known as Satanic Ritual Abuse (SRA).

An example of such an extraction, is shown through the subliminal scene in "Maze Runner: The Death Cure". In which the character 'Minho' is implanted with a virtual/false reality of being chased by huge spider like monster (A 'Griever'). In this short scene, his adrenaline is taken out from tubes as the 'cure'. Many other movies also subliminally input Adrenochrome into their scripts and scenes

This would explain many of the accounts of Mk-ultra and ritual abuse survivors(mostly children), who often describe being purposely made to feel fearful through extraordinarily deviant methods.

It would also explain the need by hospitals and clinics to compulsively take blood from individuals who have experienced severe emotional trauma, despite no true medical need to do so.

It is also claimed that adrenochrome-laden human blood is being bought and sold using blood donation charities, such as the Red Cross. This would provide relatively easy access to the drug by elites; for example, the Clinton Foundation has worked extensively with the Red Cross. However this claim requires further evidence in order to be considered factual... but we do know the zionists own the Red Cross. 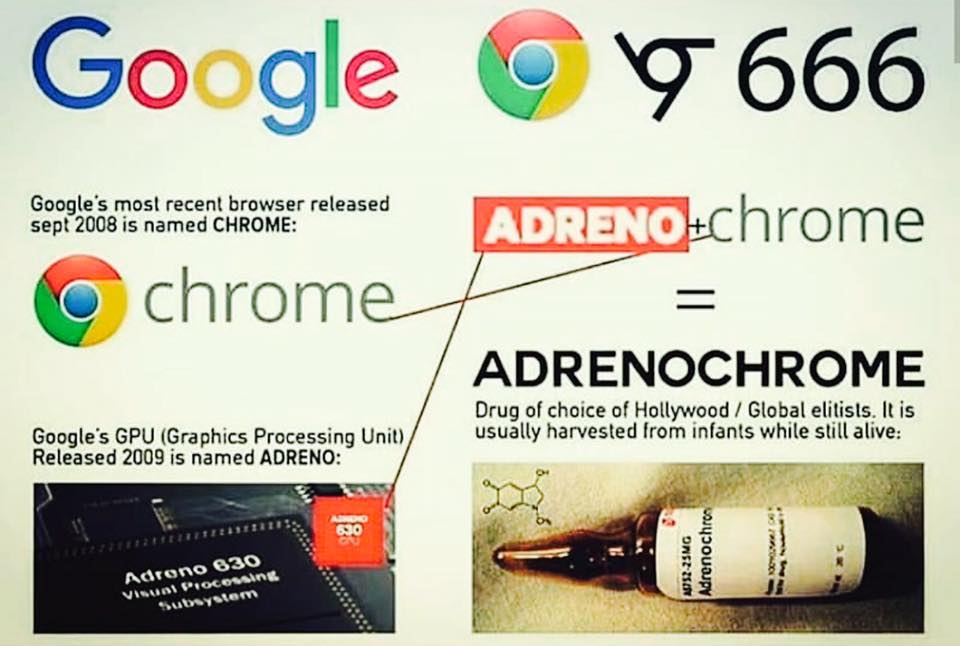 Warning: Links above will not last a long time.