Grahame Andrews is a three-time bankruptee

Grahame Andrews is a three-time bankruptee

Grahame Andrews is a three-time bankrupt, but if you look at his campaign advertising for the 2012 and 2016 council elections, he categorically states he's a long-term successful businessman in the Southern Highlands.

Councillor Andrews lives in a commission house in the wrong end of Bowral, he drives a car worth $2000 (at the most), and he's got no money to speak of.

Soon after he was elected to council in September of 2016, he jetted off (with his wife) on a month long European holiday.

Mr and Mrs Andrews had never travelled abroad in their lives.

Apart from paying for his campaign advertising in the 2016 election (and the campaign itself), it looks like Grahame's "developer mate" paid for his overseas getaway, as well. 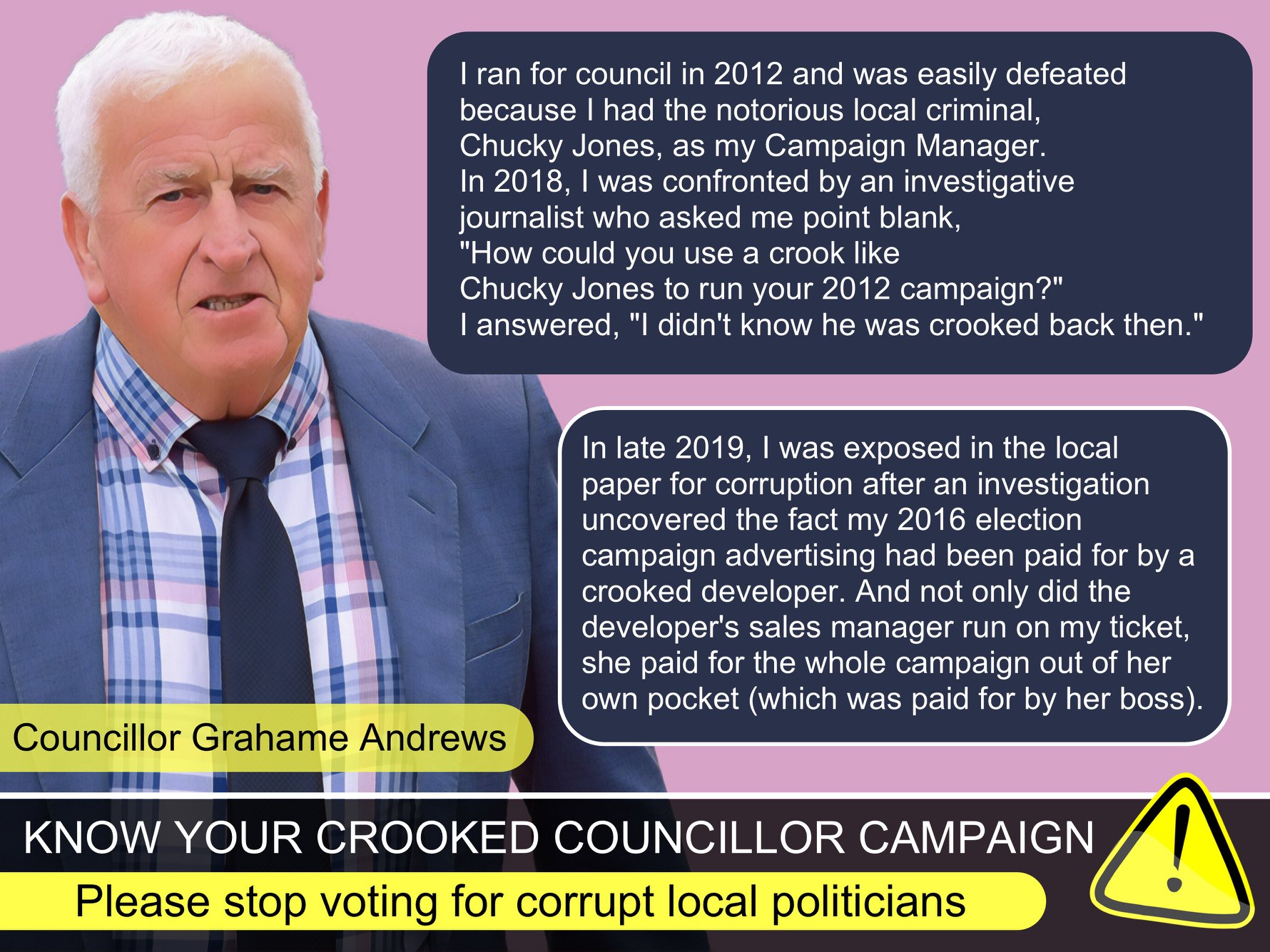