No more 1080 on Campbelltown Council-managed land!

The Council further moved that they would write to the State Government and make it known they do not want 1080 or Strychnine used ANYWHERE in their LGA, including National Parks which are under State control and are littered with 1080 baits.

Council will also no longer recommend private landholders to use 1080 or Strychnine and it will be removed from all their messaging.

This is a massive win for animals. These poisons kill indiscriminately – not only targeted dingoes and introduced animals but native wildlife and beloved companion animals too. They are also excruciating: it's a slow, painful death and it is not morally justifiable. Littering the environment with poison is not a solution.

This win would never have happened without an Animal Justice party representative on Council. This is why we need a voice for animals at every level of government. Help us get more wins, become a member today! https://nsw.animaljusticeparty.org/membership 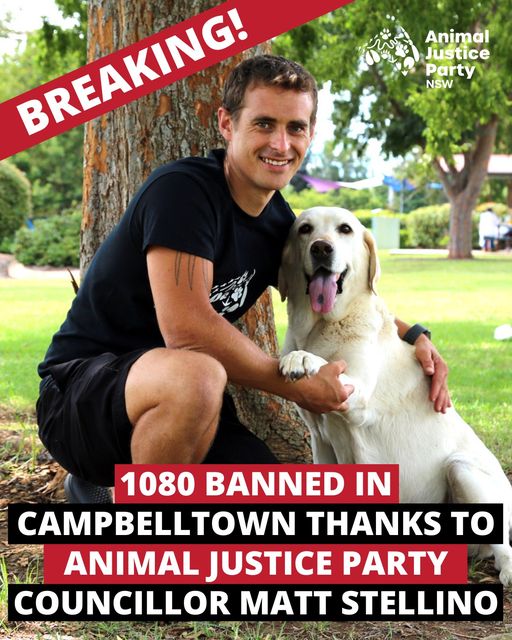